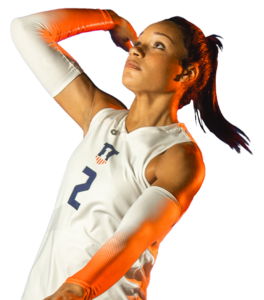 Chicago, IL, August 19, 2022 – Champaign resident and University of Illinois volleyball player Rylee Hinton has officially signed a ‘name, image, likeness’ (NIL) deal with NextName which offers fans the opportunity to support her through the sale of her personal digital collectibles, also known as non-fungible tokens (NFT). The collectibles are robust media file with images, music, school logo, and playing statistics. Hinton directly receives the majority of proceeds from the sale of her digital collectibles.

NextName is excited to welcome Hinton to the platform and invites fans to show their support by purchasing her digital collectibles here:

NextName was founded by Steve Thayer who grew up in Champaign and graduated from the University of Illinois in 1988 and his son Ryan who graduated from U of I in 2021. The father-son duo created the platform to allow fans to legally and transparently support their favorite teams and players.

Hinton attended Champaign Central High School where as a senior team captain she led her team to an Illinois High School Association (IHSA) Class 3A Sectional Semifinal showing. She graduated early and enrolled at U of I at the start of the spring semester

in 2018. She was also a member of the Big Ten Volleyball Foreign Tour Team that traveled to Osaka, Kyoto and Tokyo, Japan in 2019. As a sophomore she earned Big Ten Defensive Player of the Week honors, led the team, and ranked ninth in the Big Ten with 75 blocks, while also posting 80 kills, seven digs and four aces. She has earned Academic All-Big Ten honors in her sophomore and junior year.