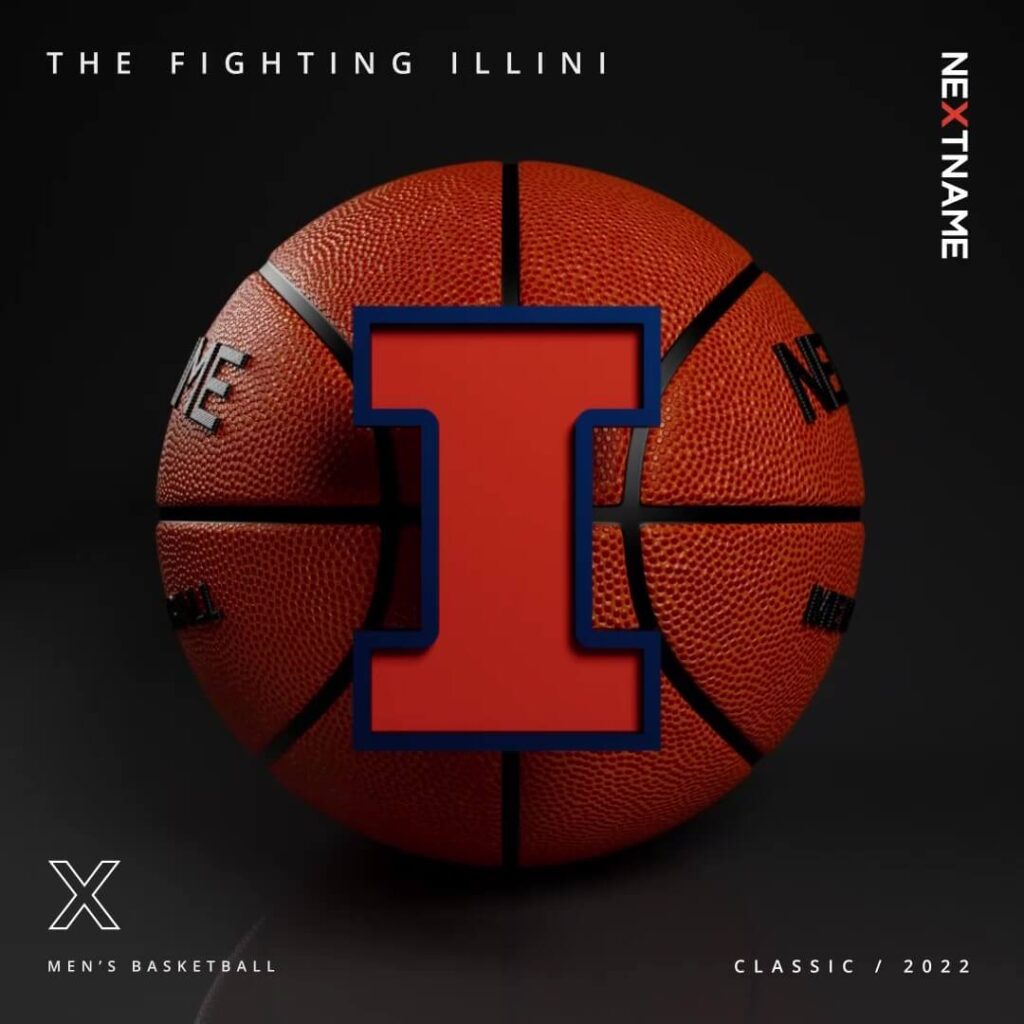 As part of the deal, fans can either purchase an athletes’ digital collectibles or one of the team tokens. Each NFT has its own blockchain ownership code. A single player token goes for $25, while the team digital collectible has three different tiers: classic ($30), gold ($100) and platinum ($999).

Athletes will receive the majority of the sales from their personalized tokens. And the team NFT proceeds will be broken up amongst the Illinois men’s basketball team.

NextName is based out of Chicago and founded by Illinois alumni Ryan Thayer. While the focus has been on signing NIL partnerships with multiple Illinois athletic programs, plans are in place expand to more other in the near future. Deals have not stopped with current athletes, though. Former Illini players Marcus Liberty, Deon Thomas, Kenny Battle and Stephen Bardo all have NFTs live on the site.

What is an NFT mean to NIL?

An NFT is a digital asset that represents real-world objects like art, music, in-game items and videos. They are bought and sold online, frequently with cryptocurrency.

Although they’ve been around since 2014, NFTs are gaining notice now because they are becoming an increasingly popular way to buy and sell digital artwork. More broadly, NFT sales totaled $25 billion in 2021. It comes one year after seeing only $95 million in sales in 2020, according to data collector DappRadar.

Trading volumes in NFTs have tumbled 97% from a record high this past January. They slid to just $466 million in September from $17 billion at the start of 2022, according to data from Dune Analytics. Per Bloomberg, the fading NFT mania is part of a $2 trillion wipeout in the crypto sector.

NFTs are associated with NIL because it is a unique way for athletes to monetize their brand. Athletes receive cash for their NIL in the digital artwork, and they also stand to make a commission off the sales.