Chicago, IL, August 10, 2022 – Marengo resident Raina Terry and Columbus resident Diana Brown, both University of Illinois volleyball players, have has jumped into the NIL space by officially signing ‘name, image, likeness’ (NIL) deals with NextName. NextName offers fans the opportunity to support her through the sale of her personal digital collectibles, also known as non-fungible tokens (NFT). The collectibles are robust media file with images, music, school logo, and playing statistics. Both players directly receive the majority of proceeds from the sale of their digital collectibles.

NextName is excited to welcome Terry and Brown to the platform and invites fans to show their support by purchasing their digital collectibles here: 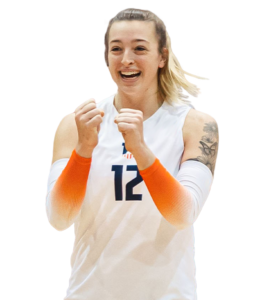 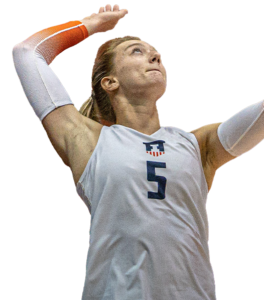 Terry is from Marengo, Ohio, where she was a three-time Ohio High School Volleyball Coaches Association (OHSVCA) First-Team All-Ohio selection. Her contribution to the Fighting Illini has been significant on every front, leading the team with 210 kills as a freshman, and equally impressive statistics in service aces, digs, blocks, and assists. As

a sophomore she started in all 34 matches of the season, playing in all 127 sets – only one of two players to do both on the team. Her performance accolades continue to grow, leading the team with 441 kills for the season, as well as earning Academic All-Big Ten honors.

Brown is from Columbus, Ohio and graduated from St. Francis DeSales High School where she earned athletic and academic accolades throughout her four years. She has continued her successful path at the University of Illinois as a true team leader. Diana consistently guides the team with stellar performances in all aspects of the game: assists, digs, hitting percentages, blocks, kills, and serving aces. She also excels off the court earning Academic All-Big Ten honors every single year.