New site allows fans to support her and other college athletes 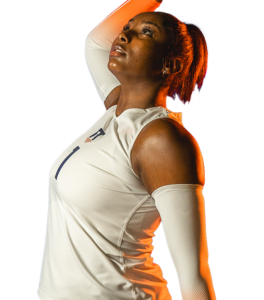 Chicago, IL, August 19, 2022 – Zion resident and University of Illinois volleyball player Kennedy Collins has officially signed a ‘name, image, likeness’ (NIL) deal with NextName which offers fans the opportunity to support her through the sale of her personal digital collectibles, also known as non-fungible tokens (NFT). The collectibles are robust media file with images, music, school logo, and playing statistics. Collins directly receives the majority of proceeds from the sale of her digital collectibles.

NextName is excited to welcome Collins to the platform and invites fans to show their support by purchasing her digital collectibles here:

Collins attended Zion-Benton High School where she was a standout player, three-time North Suburban Conference honoree, four-Time Zion-Benton High School Team MVP, and a four-year honor roll student. She also played for Sky High Volleyball Club where she helped lead her team to qualify for Nationals. At University of Illinois, Collins has been a dominating force offensively, last year starting in all 31 matches and playing in 118 sets. She led the Illini with 126 blocks and a .334 hitting percentage, while also ranking fourth with 285 kills and adding 62 digs and 13 service aces. She has been named to several All-Tournament Teams and earned Academic All-Big Ten honors the last two years.