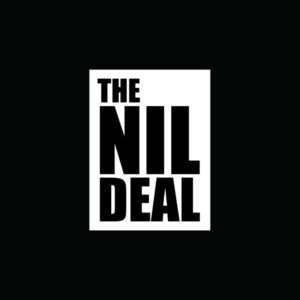 Julia Roberts once said, “never underestimate the power of dinner.”

Steve and Ryan Thayer can attest.

In November 2021, Steve, an alumni of the University of Illinois attended a dinner hosted by the university alongside various friends and boosters. The biggest topic of discussion was NIL.

“The University put together a dinner to talk about NIL and the new landscape and how players could make money selling their name, image and likeness,” Thayer told The NIL Deal in a recent interview. “I left dinner thinking there has to be some way to help.”

His son Ryan, a then-senior at Illinois, sprouted an idea as Steve got home that November night.

“He suggested that we do something similar to what NBA Topshot was doing, which is selling an NFT,” Thayer said. 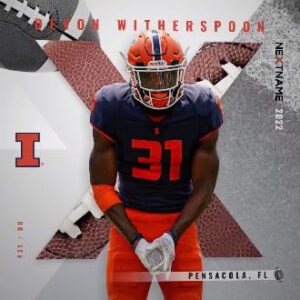 The idea quickly grew legs, and by January 2022, the duo created a holding company to control the still unnamed business. From there, the Thayers teamed up with Troika Media, who’s worked in the NFT space alongside top sports leagues such as the NFL, UFC, PGA TOUR, as well as ventures with the Olympics and SoFi Stadium with the Los Angeles Rams and Las Vegas Raiders.

“[Troika] helped coach us into making this a national platform. At that point we were looking for a name that would be applicable to all schools, and maybe even more categories,” Thayer said.

The father-son duo settled on NextName.

By February, NextName officially launched as the next up-in-coming online marketplace specializing in selling unique and one-of-a-kind digital collectibles to fans with proceeds directly supporting the athlete.

“I got excited about it as a lawyer because every collectible is its own legal contract,” Thayer said. “It’s something that people can own and have, and with it, every fan in the stadium can support their players by buying an NFT. It’s a perfectly legal contract to do with that player, and obviously, also a perfect legal way to handle money for them being that they are effectively selling their name, image and likeness.”

The process of purchasing these digital collectives, a term Thayer prefers over NFT, is simple. Fans can create a free account online and set up a free digital wallet, which will allow fans to store their cards in their own personal collection.

From there, anyone can purchase one of the multiple collectibles available in the marketplace, ranging from X-Series individual player tokens available at $25, all the way up to classic, gold and platinum team tokens ranging from $30 to $1,000. These tiered collections give fans accessibility to owning tokens of each player on the team.

So far, NextName has paired with the University of Illinois and has digital collectibles set up with six of the university’s teams including football, men’s basketball, women’s volleyball and golf, with the hope of further expansion to other campuses in the near future. 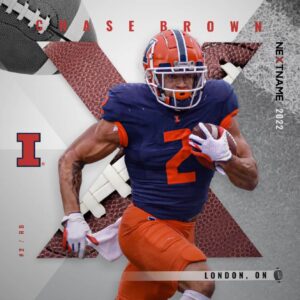 “We’re working now to onboard more schools, those with top tier sports programs who want to market their entire student-athlete base in a unique way,” Thayer said. “To that point, we’re of the mindset that anyone can join this platform regardless of the sport. Once we’ve onboarded a school, we’re licensed for them so any team or player can sign up and start benefiting.”

Thayer told The NIL Deal the hope is to create a ‘game within the game’ concept with various schools within the same conference joining NextName and competing against each other to show support for their schools.

“We’re thinking of this as a developing conference. If we can get five schools from every conference, that’d be a great start for us because we know these schools go head to head in conference play, so we can make something out of that,” Thayer said. “Imagine a situation where Illinois, let’s say, is playing Iowa, and they’re not only going head to head on the field, but they’re also working with us to see who can sell the most tokens to their players. In other words, which team has the most fan support.”

Thayer said with that in mind, as expansion continues, new commemorative tokens will become available to signify important moments that fans can purchase and have as a memento. So far this year, NextName has released commemorative tokens for tailgates and the Illinois homecoming game against Minnesota that happened on October 15.

As NFTs become commonplace in the new age of tech, Thayer hopes it becomes a household resource for athletes to benefit from their name, image and likeness.

“We’re trying to create a modern day trading card that has more utility than your typical trading card by supporting the players and helping everyone grow. Again, we support all athletes regardless of sport and want them to achieve great things and have the best NIL they can have.”

NextName hopes to be a part of NFT growth in NIL